Peter Christopherson would have turned 60 on February 27th 2015.

To mark the occasion we have decided to release a boxset of exactly 60 copies of the book "Peter Christopherson Photography".

One copy of the universally well-received original hardbound 284 page book, set aside from the first printing of the book, this is not a reprint or the 2nd revised edition.

The box also includes the smaller hardbound book originally included with the Special and Collector’s Edition of the book, again it is the exact same book which came with the first sets, no changes have been made.

Exclusive to this set is an ensemble of 6 original fine art photographic silverprints on Ilford Multigrade Art 300 paper (heavy deluxe 300 gr by Hahnemühle), chosen by thighpausandra especially for this box-set. These ready-to frame prints will not be sold separately Each print is numbered and stamped on the reverse.

The box itself is handcrafted and includes a further previously unseen photographic portrait of Christopherson on the front of both the box and the sturdy.

The box sets are roman numbered I - LX on a separate card like previous deluxe editions.

Please also be aware that this is the last opportunity to buy a true first edition of this book directly from the publisher. A reprint will happen eventually, but we can already say that it will be different in a number of ways and easily distinguishable from the first printing. 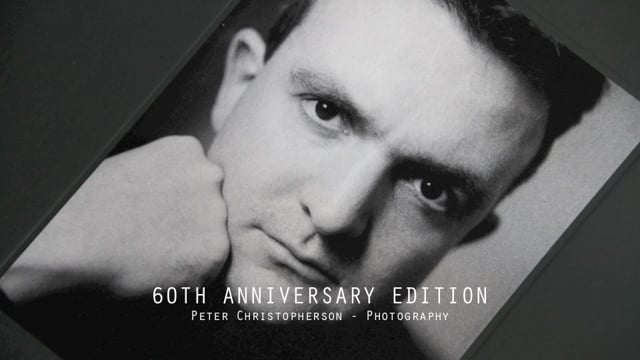